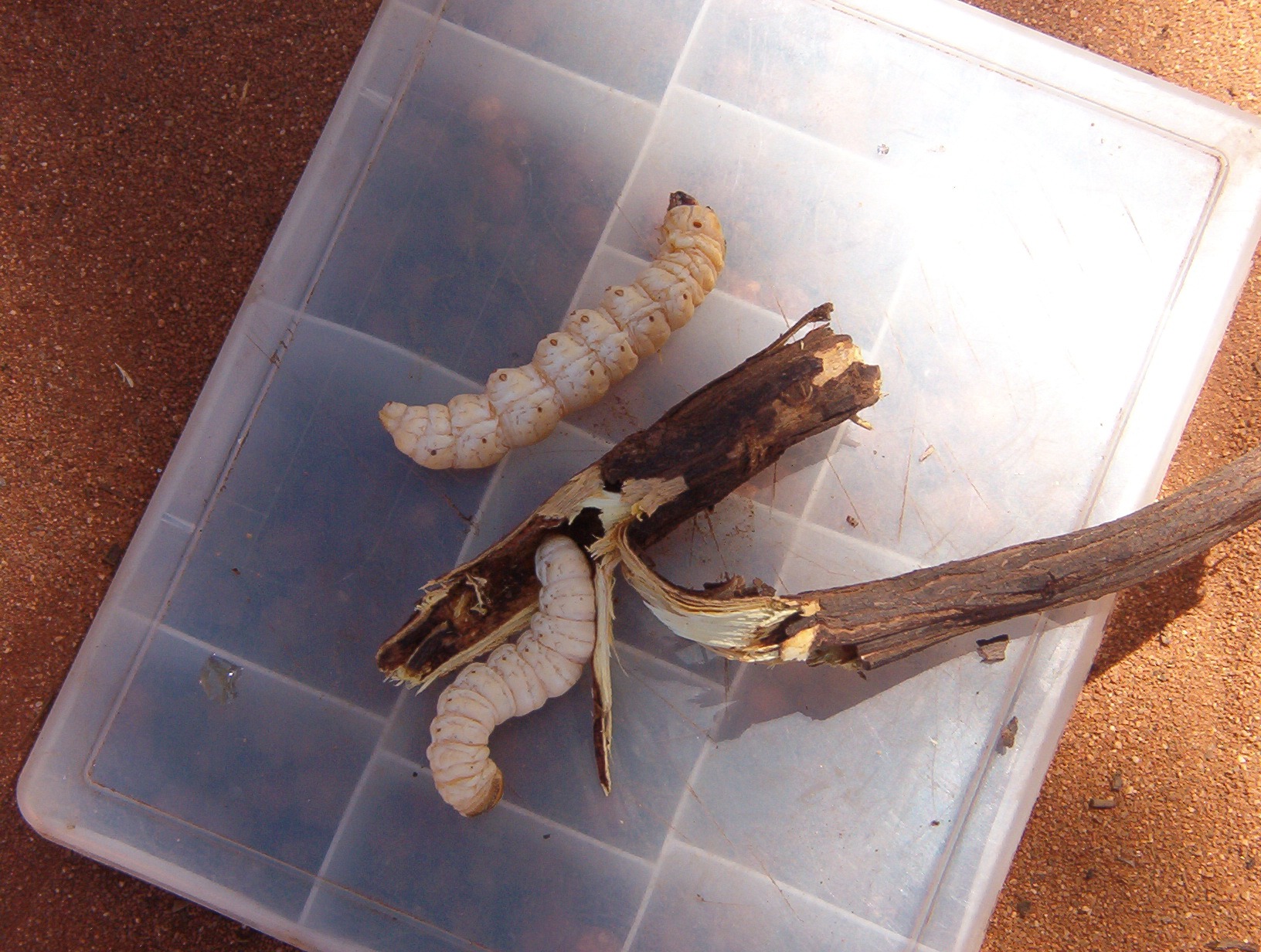 Species documented in 1915 by Turner.

The Witchetty Grub is the larvae of the cossid moth (Endoxyla leucomochla). The grub grows to about 7cm in size. It is a large cylindrical grub which is predominantly white with a brown head.

The adult moth has a wingspan of up to 16cms. Once a moth, it does not feed due to degenerate mouthparts. It uses the stored energy from its life as a grub.

Live up to 60cm below ground as a grub.

Wood feeding larvae, feeds primarily on the sap from roots of the Witchetty Bush and Small Cooba.

The Witchetty Grub is a famous food of the Australian Aborigine, it could be eaten cooked or uncooked.