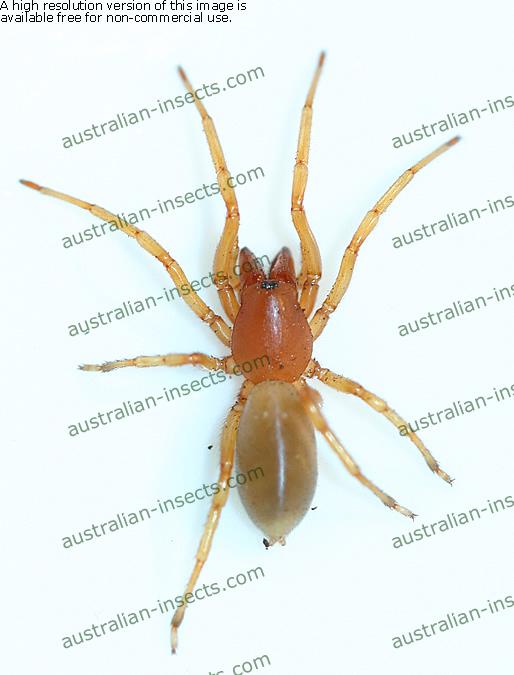 The Slater- eating Spider has an orange-reddish upper body, and a light grey-orange abdomen. Males are approximately 11mm and females around 14mm in length. They have large fangs to aid in the capture of prey. They have six eyes arranged in an oval formation.

After mating in April, the female builds a silk retreat and lays up to 70 eggs. The female will stay sealed in the retreat until the eggs hatch. She will then stay with her spiderlings for a short time until leaving the retreat.

The Slater-eating Spider lives primarily in ground habitats, under rocks, logs, etcetera. It is found throughout south-east Australia. It prefers warm and damp habitats. In other parts of the world it is known as the Woodlouse Spider. Woodlouse being another word for slaters.

The bite of this spider can reportedly cause itchy local reactions, and a redness of the area. Due to the large fangs of this spider, the bite can be painful. The bite is not considered dangerous, but if bitten, please seek medical advice.