These Caterpillars are green with black markings on the thorax, and four black spots on the last abdominal segment. Later instars become brown with the same black markings. The caterpillars have been found feeding on :

Each caterpillar lives in a shelter made by curling a leaf of its foodplant, and holding it curled with silk. 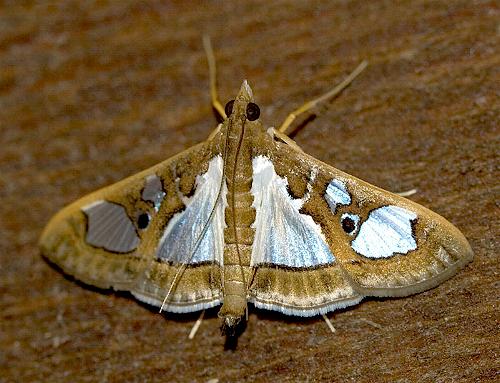 The species is found over south-east Asia, including :

although the wing pattern and colouring of specimens from Australia and overseas are slightly different.