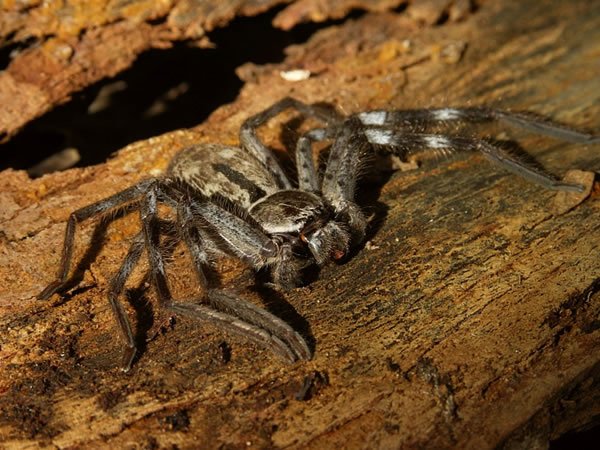 This common Huntsman is one of the largest of its species in Australia. The female being larger than the male, can grow to 47mm in length – the male can grow to approximately 30mm (Mascord, 1970).

Huntsman spiders are found throughout the east coast of Australia. They do not build webs, and are usually found under bark or ivy or other such sheltered plants. They can also seek shelter inside houses.

Typically Huntsman spiders are described to be sit-and-wait foragers where they ambush their prey, often choosing favourite ambush sites (Henle, 1993).