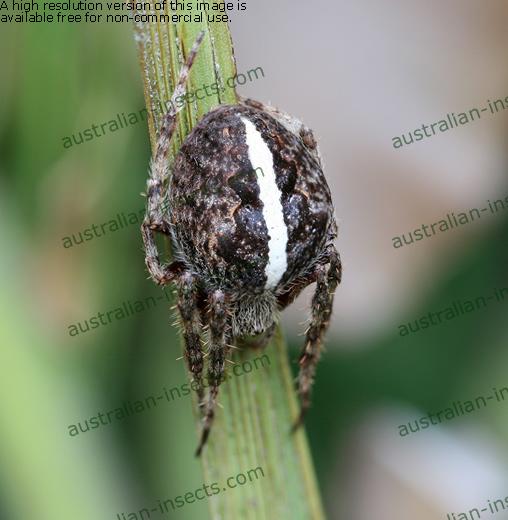 Species documented in 1865 by Keyserling.

The Garden Orb Weaver (Eriophora transmarina) is diverse in appearance, ranging from mottled to striped bodies. A rather large spider, reaching head and body lengths up to approximately 3 cms.

Females will anchor eggs near the retreat.

The spider constructs an orb shaped web consistently almost exclusively of a catching orb with little or no barrier (Grostal & Walter, 1999).

This species of spider has been sent into space on the STS-107 Colombia, where it was monitored day and night. Further eriophora transmarina were kept on earth in the same conditions. Monitoring showed the spider in zero gravity took half the time to construct the orb web then its earth counterpart (Thompson & Mathers, 2006).

This species was previously known as Araneus transmarinus.