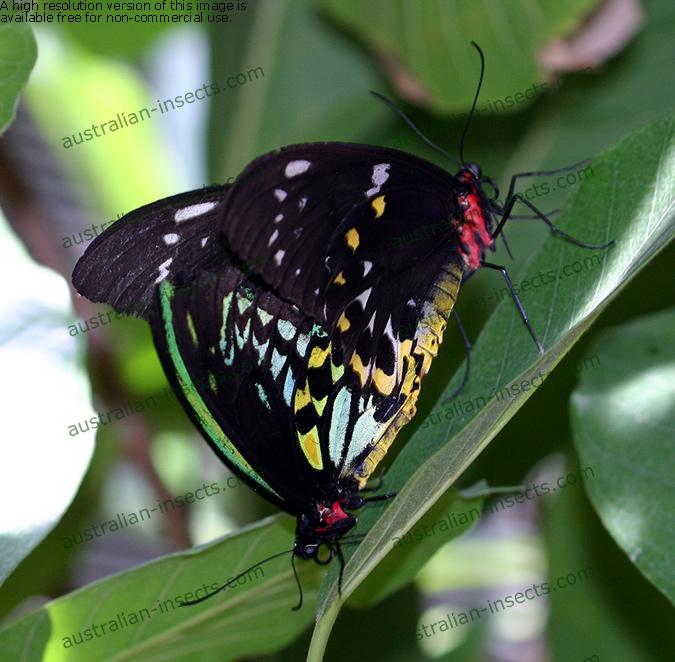 Species documented in 1853 by Gray.

Cairns Birdwing Butterfly is one of the Australian flying insects. Australia’s largest butterfly with females of this species measuring up to 18cm from wing to wing (Zoo, 2004). The male butterfly is smaller than the female, at around 13 cms.

Only the male has streaks of emerald green across their pointed wings. Both have yellow bodies and a bright red thorax.

The adult butterfly lives for around 4 to 5 weeks. The coupling of the male and female can last up to 36 hours.

They are attracted to the native vine the Dutchman’s Pipe (Aristolochia tagala). Ironically, a different species of this same vine (Aristolochia elegans) are poisonous to the Cairns Birdwing.

They live happily in the rainforest, but have also been noted to live in areas without such vegetation such as Magnetic Island.

They are native to the tropics in the north of Queensland.

Feeds on nectar from flowering plants in the rainforest.

Here you have some more Insects of Australia. These Caterpillars are grey and hairy with a brown head. They are famous for walking in ...
Read More
Species