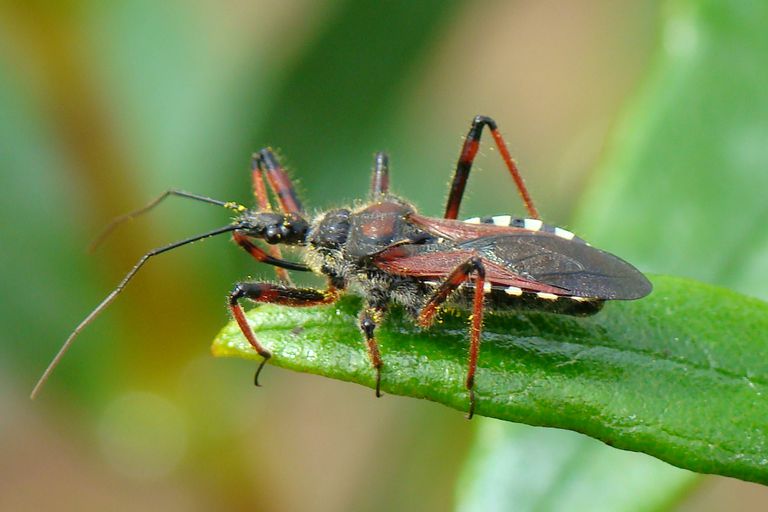 Adult insects are brown, growing up to 30mm in length. The nymphs are black with orange adbomens.

In the summer, adult females lay between 40 to 80 orange eggs, hatching 14 to 16 days later. The assassin bug can live for up to 13 months.

Common in gardens in Brisbane, also found in many others areas of Australia.

The name assassin bug is due to the way this insect feeds on its prey. Often approaching from behind, the assassin bug will stab the prey and inject an enzyme which will disolve the prey’s inner organs. The assassin bug can then feed on the fluid.

Studies have found the assassin bug to be of commercial benefit for cotton crop protection. The bugs will control heliothis and other plant-sucking bugs in cotton.

Assassin bugs are not known to be aggressive, but may bite in self-defence. The bite is reported to be extremely painful (as the same salivary secretion is injected through the skin as used to kill their prey). Intense burning sensations followed by a lump lasting for several days may be present at the site of the bite.